The Commodore 64 wasn’t my first computer, but it’s the one I got deepest into. My first was a VIC-20, I was still in primary school when I got it, and even then I managed to find it limiting – even if I didn’t fully grasp why. Still, I played some good games on it and took my first baby steps into simple programming simply because that was what you did with a computer back then.

Then, early in my high school years, I was upgraded. We’re talking the 1985-1986 timeframe here. I’m a bit fuzzy on the specifics, but that’s close enough. It was the peak time for the C64. Choosing that machine was not tricky at all. A lot of my friends had them, so “swapping” games was going to be easy, there were dozens of magazines full of information everywhere, and I already kind of knew what I was getting into from the old VIC.

That machine changed my life in a million subtle ways and frankly if I started going into detail about some of the things that might be different in the world now if I’d owned a Spectrum or a TRS-80 or something you’d be amazed.

I won’t do that today because this isn’t a post about then, this is a post about now – because I bought another Commodore 64 this week.

I got deep into the C64 back in the 80s in many ways. Not just software and beginning to actually understand programming, but starting to poke at hardware as well. I remember the first time I cracked open my 64’s case – I was nervous and I had no idea what I’d see. It was high-risk, as if I killed it I had no idea how I’d go about begging for a replacement or repair.

I did it anyway, and everything was fine, if anything it was a bit underwhelming, honestly. There was nothing blinking or flashing or cool-looking. It just sat there, and while I could point out the CPU that the books I’d devoured always referred to as  the computer’s “brain”, it really just looked as uninteresting as the other chips. I assumed that they were the kidneys, the appendix and the spleen of the computer.

From then on though, simply because it was so uneventful, pulling a few screws out didn’t worry me any more. When I started hanging out a lot with another 64-owning friend, and we started combining our setups a little on weekends or late nights, this set me up to do my first hardware mod.

You Drilled a Hole in It?

The 1541 disk drive was a massive step up from the tapes I’d started out with. It had 170 kilobytes of storage – enough to fill the 64’s memory several times over! Huge, right? Anyway, the drive had two ports on the back. One to connect the cable back to the computer, and another you could use to connect another 1541. Imagine a computer with access to twice the amount of storage, the ability to clone one disk to another in one step, to have tools and utilities that could examine the content of a second disk at the ready all the time – that’s heading into serious business territory.

There’s a snag though. Each disk drive needed a different device number to work with multiple drives in place. Every 1541 shipped as device number 8. You could change this number with software, by just having one drive turned on, running a command or two, then turning on the next drive. Commodore did provide a way to do this permanently though – you opened the case, went to the board and broke a joined circuit with something sharp. That drive was now device 9, or 10, or 11, depending what you cut through.

The other option though, was after you cut that trace, you could solder on a couple of wires there, drill a hole in the front or back of the case, mount a switch and have instant control over device numbers. I did that. It worked perfectly – and my fear of breaking things was gone forever.

That is, of course, until the day I broke my Commodore 64.

There was a long period of time between that first mod and the fatal one, and I’ve already digressed enough about this, but I had a good few years of hacking away at things. My first modem came along in this time, and with it many late nights dialling into interesting computer systems, some of which I even had permission to connect to. I started to finally get a handle on machine code programming, I broke some copy protection on some games to prove I could, started playing with raster interrupts to break the rules about what the screen could show, and was on my way to really grasping what I was doing and feeling good about it.

Which is about the point at which I broke it. Eventually I just sold the dead machine to a guy at our local Commodore user group to use as parts.

I didn’t own a computer again for about 5 years.

Dusting Off a Classic

I’m not sure when exactly, but at some point in the early 21st century I gained a second hand Commodore 64, but ended up lacking any accessories. No power supply, so not much was going to happen there. It followed me around and lived in various sheds for at least a decade. One of the keys was missing. I’d hoped I’d just stumble onto some parts one day and I’d see if it all came together. I didn’t take care of it.

I have to blame YouTube a lot for getting me off my arse and deciding to poke at the machine again. It keeps recommending videos by people like Jan Beta, or The 8-Bit Guy to me, and they’re just so watchable while you’re doing something else. I love watching these machines getting fixed and refurbished, and reminds me of how good it used to be to just pop the lid off those things and start making things happen.

Also, I’ve been doing a lot of on-again, off-again planning and testing with the goal of eventually building an arcade cabinet to house a little emulator machine of some kind. I’ve got a few Raspberry Pis kicking around and occasionally I’ll turn one into a Commodore 64 for a bit, then get frustrated because the keyboard really doesn’t map well onto a standard PC keyboard. I recently played and completed Ultima I on a pretend 64 in a window on my desktop PC and felt pretty good about that.

The big thing that pushed me into finally dusting off the old machine though, was reading about a FPGA-based Amiga being built into a real Amiga case. I immediately thought about putting a Raspberry Pi into the old C64, having recently learned about the Keyrah. This solves all my issues of not having a good keyboard for an emulator, not having a power supply for the C64, and not having any disk drives or disks or any way to transfer files to an old system at all. It was time to crack the old machine open and see what I had to work with.

It could have been a lot worse. There was some corrosion around the tape and user ports, but no capacitors had leaked and it was mostly fine aside from some dust. No problem, the board was being put aside anyway. I fixed one broken internal strut by just dabbing a tiny bit of acetone on it to melt the plastic slightly and pushing it back into place. I’d only heard mention of “acetone welding” for the first time on a YouTube video a week or so ago, and it worked amazingly well.

Back in the Game

At this point I ordered my Keyrah and a few other bits and pieces and started playing with a Pi Zero W to see how well it performed, and to find out if I’d need to end up buying a 3B+ instead. I had a quick look on Gumtree for C64 power supplies, since I was getting curious now about whether that board was OK or not after all.

That’s when I saw the bundle. It was a bit high-priced, so I agonised over it for a day, then sent a message and made an offer. It was accepted. I was back in business for real now.

Now I’m committed, right? I’ve got two boards, one working system, some emulators, some various components are coming in the mail, and there’s a lot of work to do and study ahead to get back to the point I was at around three decades ago.

There’s unfinished business to take care of. I was on the verge of understanding a lot of things 30 years ago, and when my Commodore 64 died an early death I didn’t get to properly explore that machine that I loved. It’s time to pick up where I left off.

Next instalment in this saga will probably be a lot of stuff about cosmetic restoration and cleaning up, and how I’m shuffling data around. If you want more up-to-the-minute posts and pictures, I dump a lot of them on Chinwag Social. Follow me if you’re out there in the Fediverse somewhere. 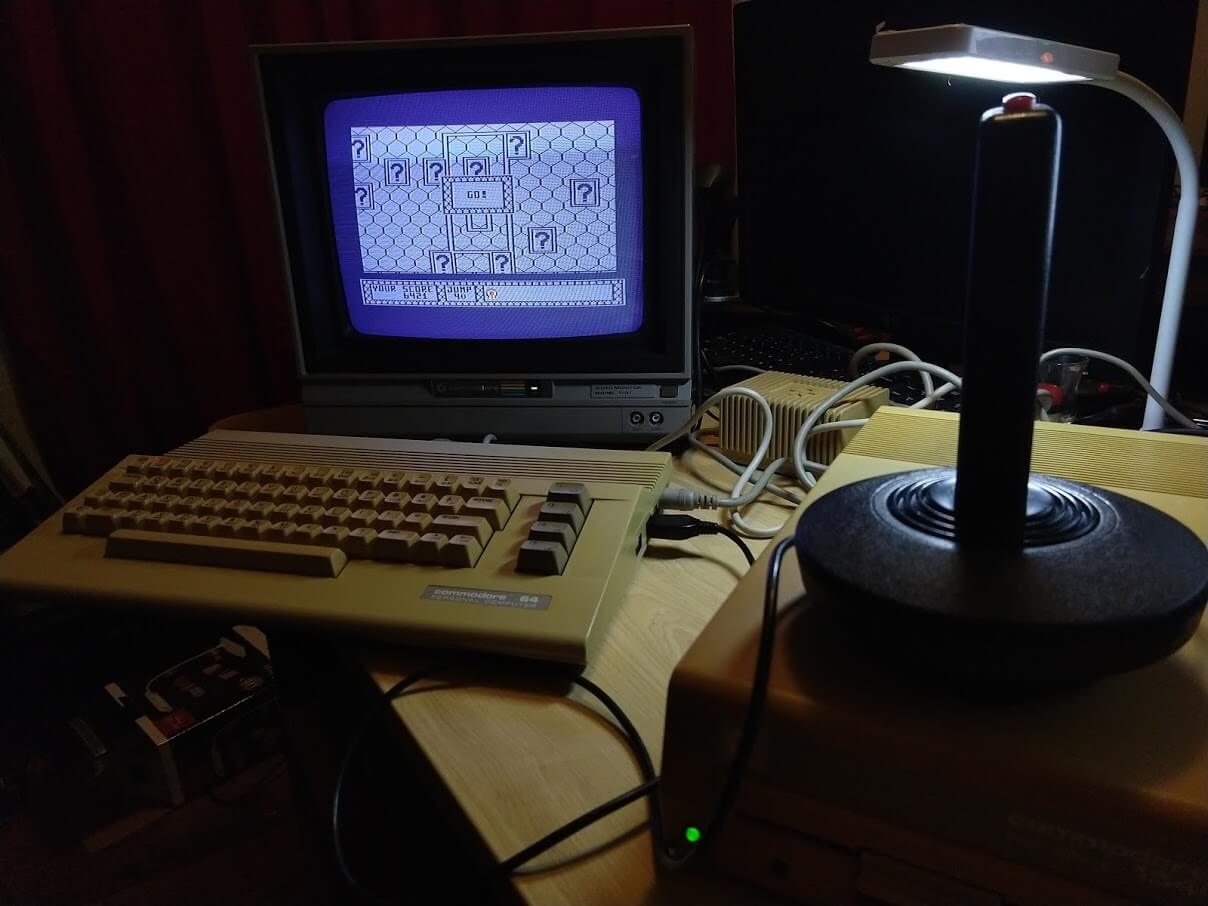